A new survey has found that no less than 52 per cent of Americans have chosen not to use certain products and services because of privacy concerns.

The survey, conducted by Pew Research Center, was carried out during June last year.

Looking at those 52 per cent, the products they chose not to use were:

Maybe not surprisingly, people who had previously been subjected to fraudulent charges being put on their debit or credit card or had experienced a situation in which someone else had tried to open a line of credit in their name, or taken over their social media feed, were even more likely to not use a product over privacy concerns.

Pew Research quoted one 27-year-old woman who said: “I recently was interested in doing a gene analysis to get a better understanding of my ancestors. After doing research I found that companies actually keep this information and use it in other situations. This deterred me from going further with their service. I honestly do not have a clear understanding of what happens with such services but that is exactly what makes me wary of using such services.”

Earlier this year, a report from Braze found that 84 per cent of adults have decided against engaging with a company because it needed too much of their personal information, and three in five consumers have gone so far as to delete an app from their phone for that same reason. 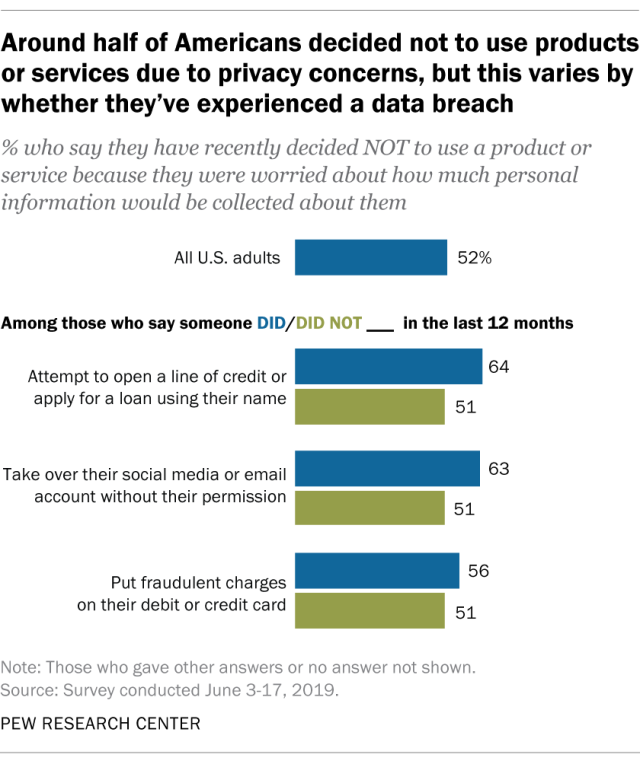 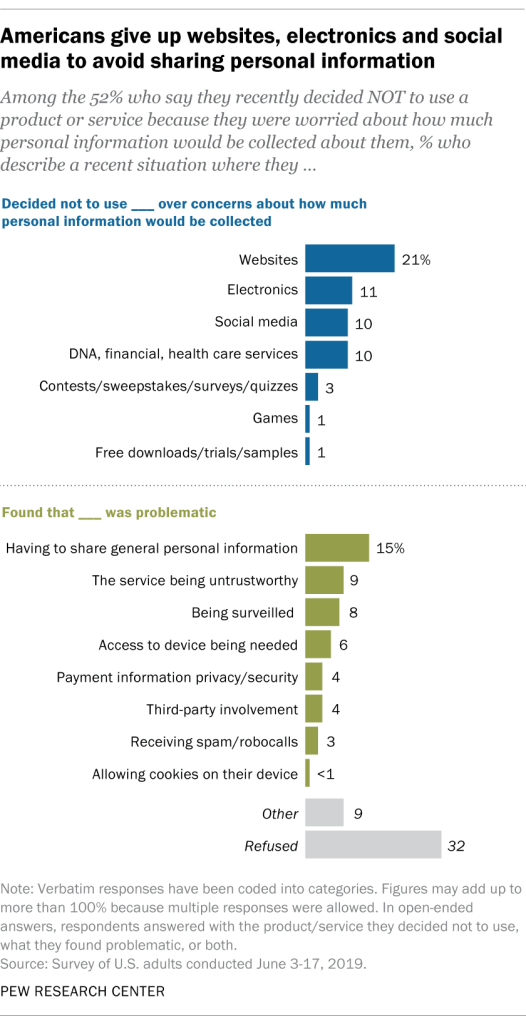 Featuring four whole days of keynote sessions, panel debates, and an opportunity to network and chew over all things data-related through discussions in public boards and virtual booths, PrivSec Global is now available to watch on-demand.

We have been awarded the number 1 GDPR Blog in 2019 by Feedspot.